It’s been a long time coming, but we can finally announce that we’ve been working with a meat company to create “Ternera”.

Ternera (spanish for Veal) is a premium product now sold at Wal-Mart by one of the most important meat producers / distributors in Mexico.

When they first contacted Moma Consulting, their executives briefed us on what the process of this cut was, and how the supermarket would promote it. With that in mind, and researching the industry’s behavior in northern Mexico, a buyer’s persona was created, from which everything else derived.

We began this process by sketching the first option on the left, and evolved from there. The color scheme was right, however not quite what we were aiming for when speaking to our Buyer’s Persona. So, back to the drawing board, where we decided to incorporate the calf, and encompass the benefits of consuming this product, compared to “traditional” meat.

This second option had a more serious feel, however, we felt that it was too passive. We weren’t thrilled with the rectangle, for we felt it was still lacking emotion, and dynamism.

Changing the geometric figure brought a lot to the equation. We felt we were almost there, but not quite, We were still on our road to achieving a logo that would look great on the product.

This new for and style encompassed what our buyer’s persona, and stakeholders were wanting to achieve.  The shape, symbols, and legend came together to bring a nice balance over to what the brand stands for, as well as the product’s quality. Now it was only a matter of choosing the colors that were assigned by the supermarket for the campaign that they would be running. 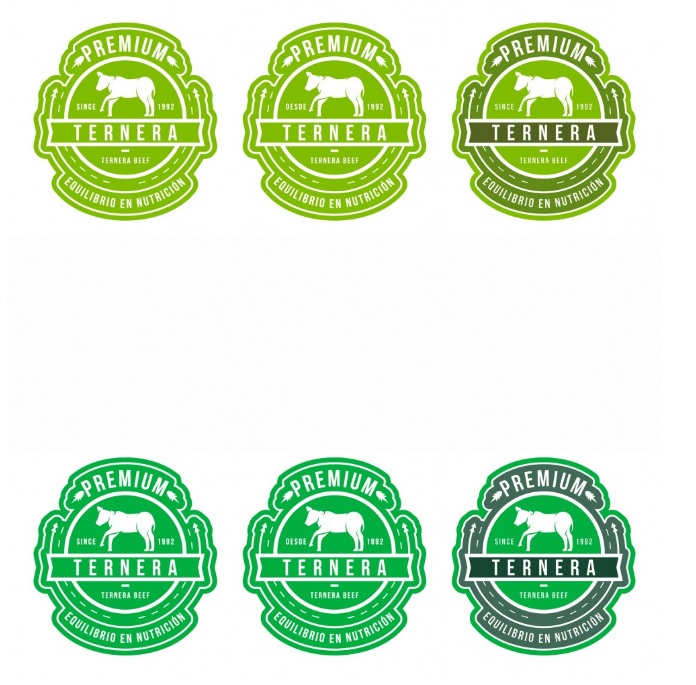 And there it was, the final result, for a happy patron.

Going the Distance on Social Media